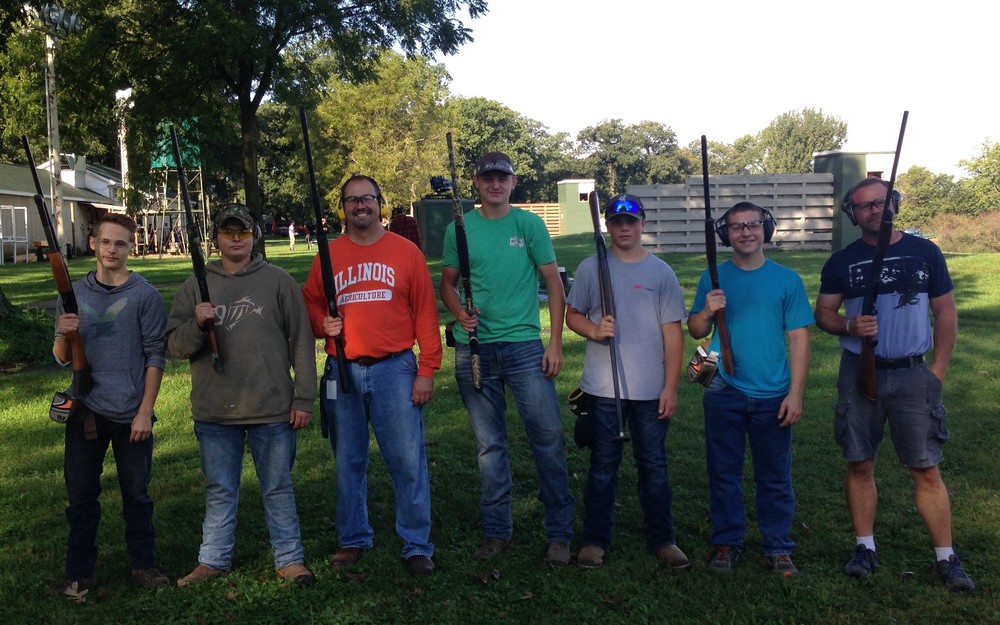 On September 28th the Olympia FFA Chapter participated in a trap shoot competition hosted by the Le Roy FFA Alumni. The shoot was held at Darnall’s gun range outside of Bloomington. Students shot at 25 targets from each of the two traps.  There were 50 shots taken by each member.  There were schools from Section 9 as well as other areas of the state, and FFA alumni present. Out of all the students in Section 9 competing, Garrett Smith representing Olympia FFA, was the top shooter, hitting the most targets.  Garrett hit 45 of 50 targets and had a streak of 21 in a row. Overall, the team placed second behind Geneseo.  Other team members included Clayton Mortimer (2nd from Section 9), Cavit Schempp, Chris Shaffer, and Justin Shaffer.  Darin Schempp and Mr. Hoffman participated for the FFA Alumni.  Freshman, Clayton Mortimer stated, “I have been shooting trap for about 4 years now.  This was my first time shooting with students from my school.  It was a lot of fun.”  Senior, Garrett Smith said, “My advice is to not think, but just shoot.”  All students went through a safety meeting before the start of the competition.  A lot of fun was had by everyone and members are looking forward to participating again next year! 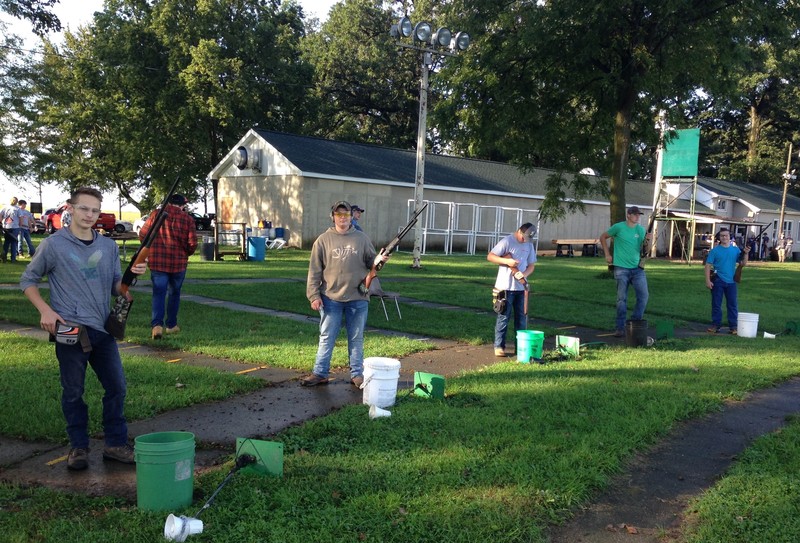