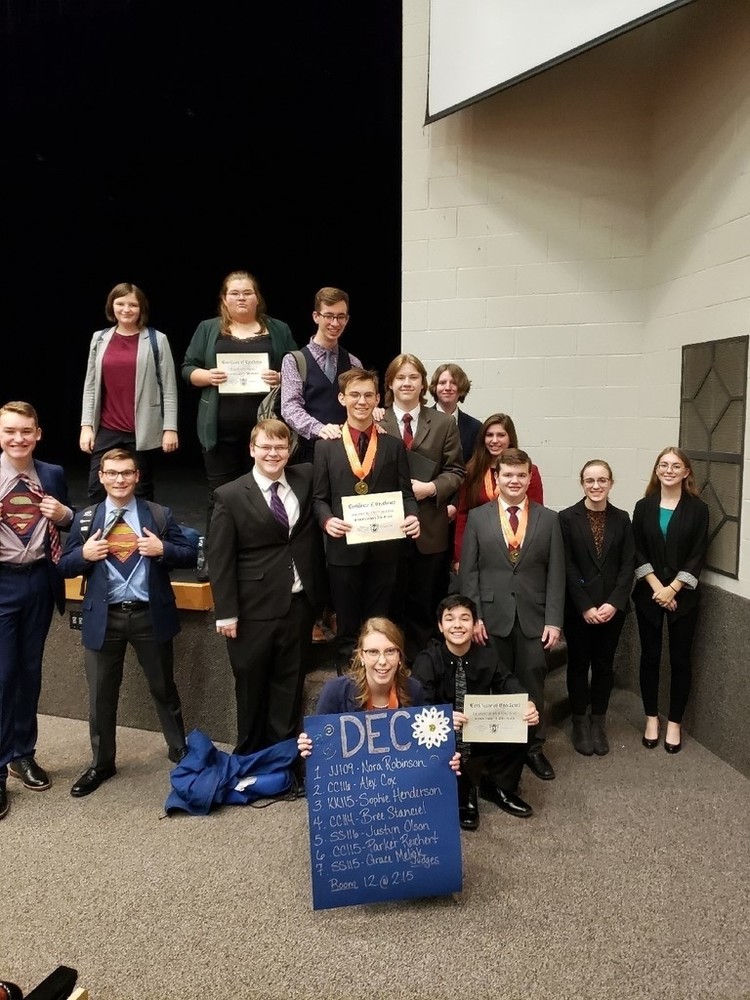 With the OHS speech season being half over, the team is buckling down with postseason in sight.

Starting in late October and lasting through early March, speech has the longest season out of any OHS competitive extra-curricular. While the team’s seasoned veterans being prepped and ready for the time commitment, some JV members were surprised at the time commitment.

“Yeah, when I first joined I didn’t really realize how long the season is and how long we compete. The speech schedule conflicts directly with my military drill, so I can’t compete in the state series. I’m still glad I joined though, I have a lot of fun with the boys,” said senior AJ Reeser.

Despite the time commitment, the speech seniors are excited by their long-awaited successes. Four-year member Grace Melick has taken Varsity champion at ⅘ tournaments in her event, Declamation Speaking.

“This has been my third year in DEC and definitely my most successful. My script is insanely personal to my own hardships and it makes my delivery genuine. I am so thankful for the coaches for working with me tirelessly and supporting me no matter what,” said senior Grace Melick.

Our speaking Spartans tackled yet another challenging tournament this year at Bloomington High School. The tournament was scheduled the same weekend as the Madrigal performance, meaning that performers had an early morning after a late performance, and had to perform again following the competition.

“I was super rushed and panicking the entire day. People were late to the bus going back so we had even less time to get back in time for Madrigals. I had to rush doing my jester makeup and didn’t look how I wanted it to for my last madrigal ever,” said senior Linnea Kerr Dennhardt.

Although there’s no telling what the future competitions may hold, one thing is for sure: determination flows through the veins of all of our speaking Spartans!