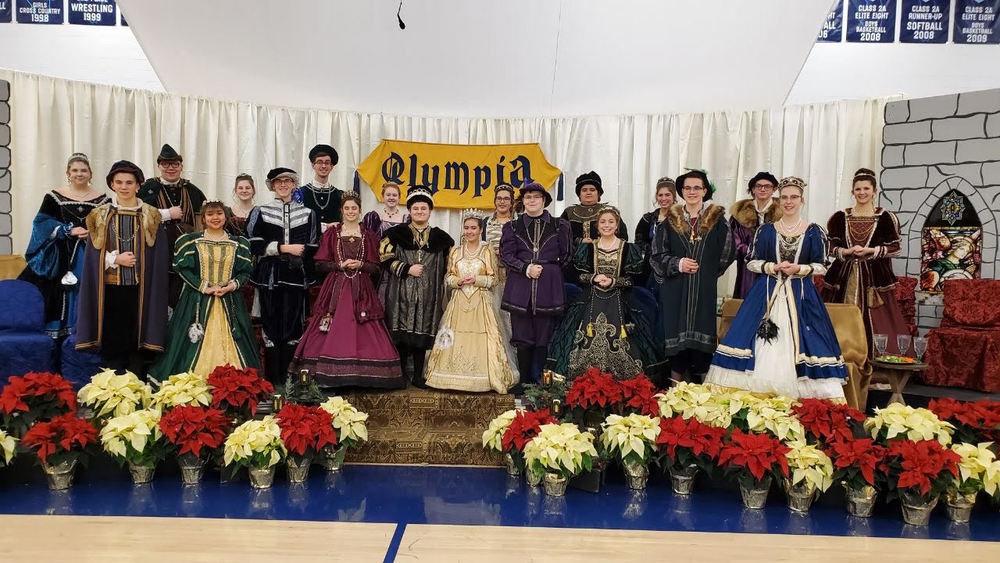 Olympia High School Choir ends Madrigals 2019 with a tearful goodbye to the Seniors, while preparing for their next Masterwork of 2020.

Madrigals is a time when choir students stand out at Olympia. The Feast lasts only two days, but the week itself is very stressful. But, the hardest part for anyone is the bittersweet goodbye to the seniors.

“I got extremely sick the night of the second performance. Everyone backstage was doing everything they could to make sure that I could get through my final performance, making me tea, bringing me water, food and cough drops,” said senior Beatrice Harbaugh

She continued, “Despite me feeling miserable, I had multiple people come up to me after the performance congratulating me on my role as Jester, and most said they couldn’t even tell that I was sick. In the end, it all turned out okay because I have a newfound strength as an actress."

While the goodbye to the seniors was very difficult for some, they still have another semester left. The final goodbye will come during their final concert.

“This year’s Masterwork is going to be a little challenging but it’s nothing the choir can’t handle. I am very confident in the choir this year, and I believe the Masterwork will come easily,” said senior Emma Kindred.

The Masterwork Concert will be on March 5th, 2020 at 7 p.m. The Choir is excited to show their talent and abilities.